Mann Kasturi Re Review : the story of two lovers and how a misunderstanding ruins their lives. 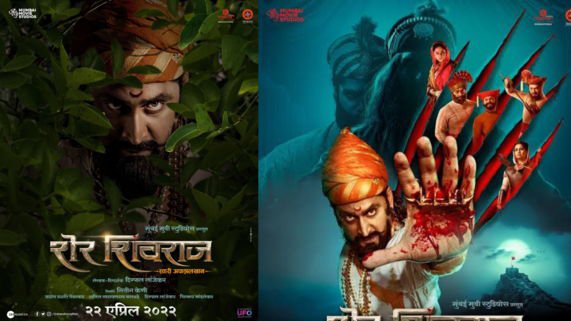 The Battle of Pratapgarh between Chhatrapati Shivaji Maharaj and Afzal Khan, a general of the Adil Shahi dynasty, was fought under the ramparts of this fort on 10 November 1659. This was the first major test of the army of the fledgling kingdom and set the stage for the establishment of the Maratha Empire.

The Battle of Pratapgarh is a famous chapter in Indian history and if it is executed well, the subject has a lot of potentials. But despite having an important thread at hand, the story fails to weave the magic as the film moves at a very slow pace.

The film completely revolves around Afzal Khan, but there is no build-up of his character, which curbs his menacing influence throughout the film. There are some moments that seem thrilling and give importance to the story but the film loses track so often that even some good scenes get ruined.

Chinmoy Mandlekar has mastered the role of Chhatrapati Shivaji Maharaj and in this film too, he brings out his top game and stands out among the huge star cast.

Mukesh Rishi as Afzal Khan is another exceptional performer. He transmits the character’s anger so well that he annoys you too. This is a dangerous performance from the veteran actor. Other actors who shine in the role of Bahirji Naik are Sameer Dharmadhikari, Ajay Purkar, Mrinal Kulkarni, Vaibhav Mangle, Isha Keskar and Lanjekar. While some of the scenes are heavily based on drama and theatrics, these actors take the viewing experience of this film up a notch.

At the same time, when you know a story so popular, it’s a little long to watch it in the span of two and a half hours. Digpal Lanjekar does its best to entertain you with twists, and fights.

But all this does not succeed in capturing your attention completely. The special effects deserve full marks for effort, but not so much for finesse – the scene in which Shivaji Maharaj has a vision of the goddess Bhavani is an example.

More About The Movie: