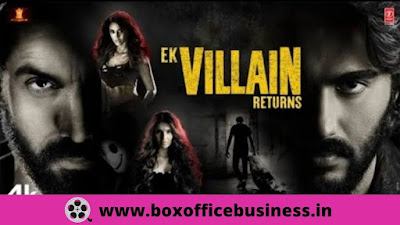 The film is a sequel to the 2014 film Ek Villain, which did extremely well at the box office, with a collection of 16.50 crores, but those were different days and the film was actually on another level. The good thing about the movie was the music.

Ek Villain 2 has good music to bring some audience to the Cinemas. It is looking at it from the present time movie can get 6 crore net or more Collection which is possible.