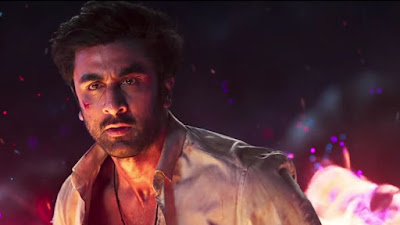 The much-awaited trailer of Brahmastra is finally out. It is the first trilogy directed by Ayan Mukerji. The film stars Amitabh Bachchan, Ranbir Kapoor, Alia Bhatt, Nagarjuna Akkineni, Mouni Roy, and Shah Rukh Khan, who have made cameo appearances in the film.

The film is the first part of a trilogy that focuses on the story of Shiva (Ranbir), a young man who is in a love affair with a girl named Isha (Alia). But their world is turned upside down, as Shiva learns that he has a mystical connection to the Brahmastra and that there is a great power within him that he has not yet understood – the power of fire.

The film is set to take fans on a journey with Shiva as he joins the world of weapons and, in turn, discovers his destiny as the divine hero of the universe. The trailer, which has a voiceover by Amitabh Bachchan, reveals that the story of the film is about the god of weapons – Brahmastra, and a young boy named Shiva (Ranbir Kapoor).

The trailer then introduces the warriors who are wielding the ancient weapons of light. The role of warriors is played by Amitabh, Nagarjuna, and others. Ayaan also gives a glimpse of the villain of Brahmastra, played by Mouni Roy. As the trailer progresses, Shiva learns to control his powers before an epic battle against the villains.

These weapons are cosmic powerhouses that hold different powers but the ‘God of Astronomy’ is the Brahmastra. As the society progresses, the secret society of sages spend their lives wielding weapons and in modern India, we meet our protagonist Shiva, played by Ranbir Kapoor. The biggest revelation is that Ranbir Kapoor (Shiva) is a weapon in his own right – the Agni Astra.