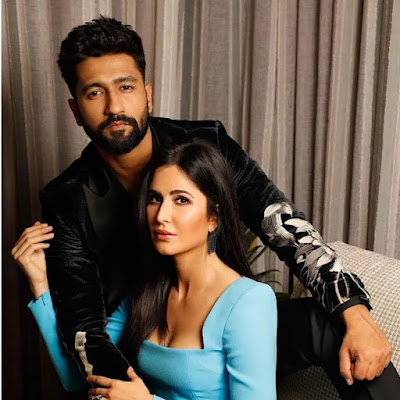 Vickey Kaushal and Katrina Kaif got married on December 9, 2021, at Six Senses Fort Barwara, Rajasthan, and took social media by storm with their dreamy photos from the wedding. They are undoubtedly among the most adorable couples in Bollywood. While Their fans always made sure to shower love on their romantic photos, however, they have expressed their disappointment that both have not shared the screen space together.

Now it’s like the wishes of Vicky and Katrina’s admirers is set to come true and according to a report, ” The couple has worked in their first project together, the close-door commercial tool place at Mehboob studios in Bandra, Mumbai on August 29th. A number of movies were offered to the duo but they declined all of them.

The trend of filmmakers signing up couples for their commercials is not new and has been going from a long time. Kareena Kapoor Khan – Saif Ali khan, Deepika Padukone-Ranveer Singh, Abhishek Bachchan-Aishwarya Rai Bachchan, Anushka Sharma-Virat Kohli, and Alia Bhatt – Ranbir Kapoor have also done commercials together.

On the work front, Vickey and Katrina have a varied schedule of movies. Vicky will be seen in ‘Govinda Naam Mera ‘. He also has Laxman Utekar’s betitled film with Sara Ali khan. Vicky will also feature in Sam Bahadur and Anand Tiwari’s untitled next.

On the other hand, Katrina will star next in ‘ Merry Christmas ‘, ‘ Tiger 3 ‘ opposite Salman khan, and ‘Phone Bhoot’ starring Ishaan Khatter and Siddhant Chaturvedi. Katrina will also feature in Farhan Akhtar’s ” Jee Le Zaraa ” with Priyanka Chopra and Alia Bhatt.