Kartik Aaryan and Shraddha Kapoor to be paired for the remake of movie 'Tezaab'?

Kartik Aaryan and Shraddha Kapoor to be paired for the remake of movie ‘Tezaab’? 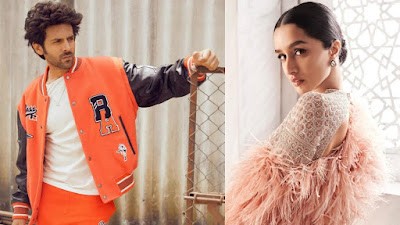 Kartik Aaryan who started his acting debut in 2011, is currently the most charming and successful actor in the Indian industry. Kartik Aaryan is riding high on the success of ‘ Bhool Bhulaiyaa 2 ‘ and has an interesting lineup of films ahead. Now it seems that the actor will be seen in the remake of the film ‘Tezaab’.

From some reports, it looks like ‘Murad Khetani’ is going to remake the most classic film ‘Tezaab’. The action, romance film directed by N.Chandra was released on 1988, starring the iconic stars Anil Kapoor and Madhuri Dixit in the lead roles. The film is known for the song ‘Ek Do Teen’ which was a huge success becoming the highest blockbuster at the box office in Bollywood.

A source revealed that the makers want a fresh pair in the lead role ” The makers were looking for a reliable name and a fresh pair for the cast of Tezaab remake. Shraddha Kapoor and Kartik Aaryan have not on-screen space together so far and if things work out, this is a pair they would like to bet on “.

While Kartik Aaryan is being considered for the male lead, seems like the makers are in talks with Shraddha Kapoor for the female lead. Though it’s not officially confirmed yet, it will be exciting to see the on-screen chemistry of both the superstars.